# [Proposed Radix]: David Bowie
# Birth data: Known, verified – and quite uncertain.
# This chapter is an attempt to clarify.

David Bowie’s birth data are seemingly documented, but are still under intense discussion.

The above thread has a discussion whether David Bowie’s r.ASC could be in Scorpio. Another comment mentions r.(DESC conj Pluto). I would say that r.(Mars conj Sun) is ample reason for the impression one might have of a Scorpio influence, though Aries is also there. With verified (?) birth hour, we here have the opportunity to see a combined Aquarius-(Scorpio-Aries) expression. Capricorn (Sun identity) sees to it that this is solid work – no superficiality here!

The whole discussion around this chart is something I will want to go more into. Shall we for now just say that most do settle for a time around 09:00 a.m. In the SymSolons above I’ve used 09:15 a.m. (as does The Oxford Astrologer).

Now, if we dynamically move the axes to the crucial a.o. ‘drug-years’ (Neptune), do the timing and interpretational symbolics then fit?

You must see this! Try it – move the chart forward (one T.day one P.year) on your computer, and see how easy it is to work dynamically, seeing the aspect patterns form in continuous change.

The orb of r.MC.d through the r.Stellium-(Mercury-Mars-Sun) goes beyond 1979. In the years after (r.MC.d conj r.Mercury) we have a period of about >= 9 years, where two distinct r.Configurations, very much focused on Neptune, successively are activated by r.MC.d.

These are preliminary notes, but the possibility of a birth time is there, isn’t it? 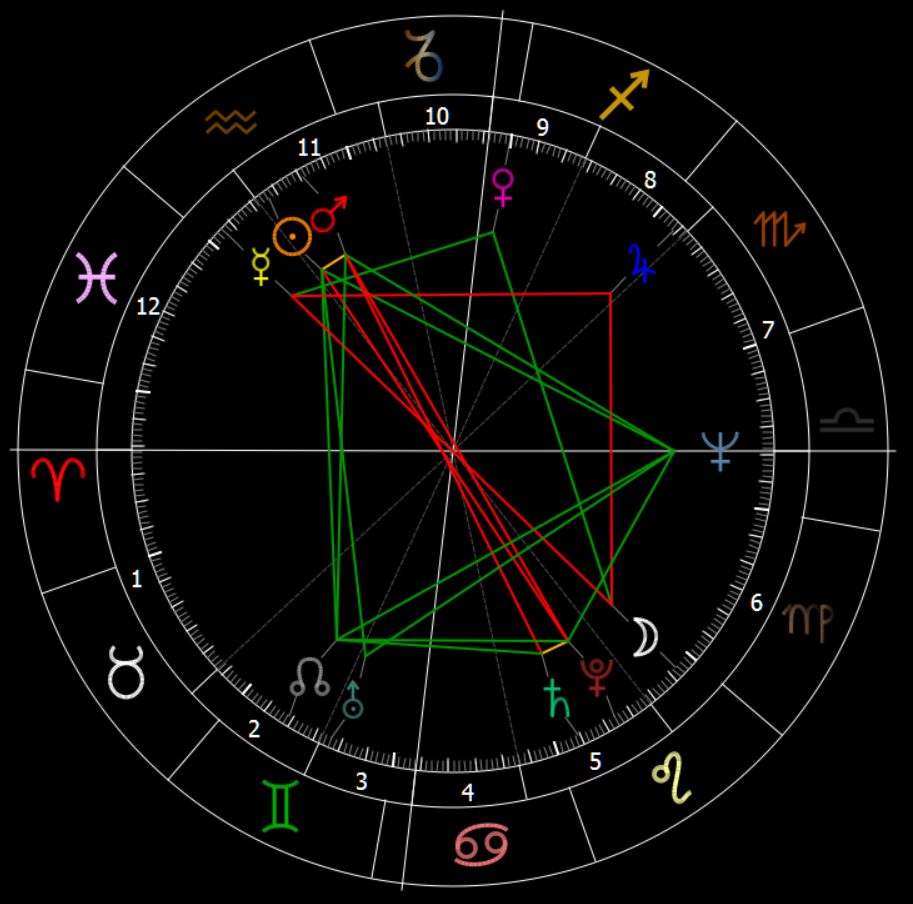